See this PDF for the full version of this management plan. Included is a complete up-to date species list and several new maps of the area.  mt_maxwell_er_management
The ecological reserve is adjacent and connected to Mount Maxwell and Burgoyne Bay
provincial parks, and is a part of a contiguous protected area network that, along with Capital
Regional District park reserves, forms one of the largest blocks of protected areas in the Gulf
Islands. These protected areas protect over 1,400 hectares on south-western Salt Spring Island,
including one of Canada’s largest Garry oak meadows. These protected areas have high
conservation values, as they contribute to the protection of the under-represented Coastal
Douglas-fir biogeoclimatic zone.
Salt Spring Island is home to one of Canada’s largest Garry oak ecosystems, one of the most
threatened ecosystems in the country. In Canada, Garry oak ecosystems are found only on
southern Vancouver Island, the Gulf Islands, and in two isolated locations in the Fraser River
Valley. The ecological reserve conserves stands of Garry oak and associated vegetation that are
representative of this ecosystem. 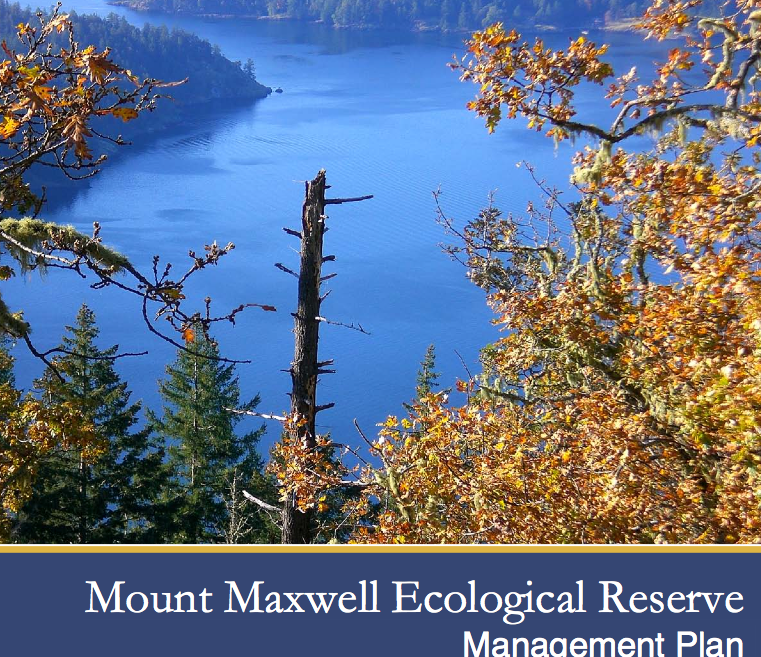