Caribou are the Bison of the North and are at risk throughout the planet. Wolves are a magnificent and vicious predator, yet we have invited them into our homes. We will explore humanity’s love – hate relationship with the wolf, their status as an endangered species and their role in endangering caribou and other wildlife in BC.

Rick Page, PhD, RPBio studied caribou in the Sacred Headwaters in Northern BC while at the University of Victoria. He went on to do doctoral research on the moose and wolves of Isle Royale, the longest predator-prey study on the planet and is a Director of the Friends of Ecological Reserves. 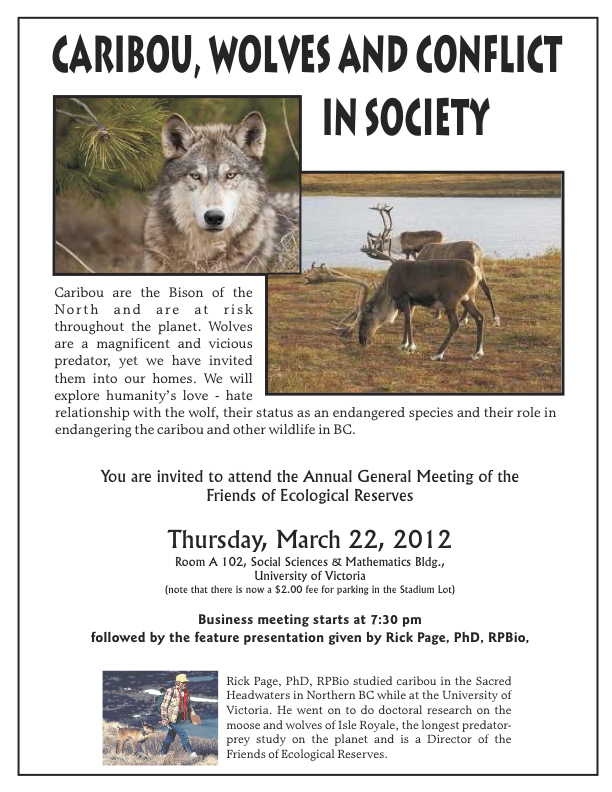