Gilnockie Creek Ecological Reserve Warden Annie Coulter led the Rocky Mountain Naturalists  on a field trip in the fall of 2010. We appreciate  permission from Greg Ross to use his images from his Flickr site  for this gallery. Hover your cursor on the small images for a title or commentary.

Greg has also provided useful information on the Reserve from this  early ER booklet from BC Parks. 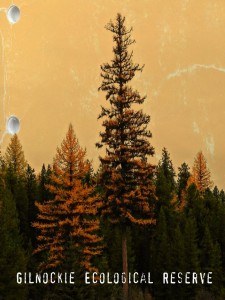 ORIGINAL PURPOSE
To provide an undisturbed area for silvicultural research on western
larch, and a genetic bank for that species.

Fine, tall stands of mature, relatively disease-free western larch trees are the major feature of this reserve. The best growth by this shade-intolerant species is made on deep, porous, moist soils typical of much of the reserve. Both mature and immature larch stands are present. Tree diversity in the reserve is low, western larch and lodgepole pine providing almost all arboreal cover.

Two communities have been described in a centrally located wetland which is surrounded by larch woods. The wettest is dominated by beaked sedge, bulbous water-hemlock, and aquatic mosses; the less saturated area by blue joint and trailing raspberry. Sweet marsh butterweed considered a very rare plant in British Columbia, occurs in the wetland.

Larches are conifers in the genus Larix, in the family Pinaceae. Growing from  40-50 m or 115-150 ft tall, they are native to much of the cooler temperate northern hemisphere, on lowlands in the far north, and high on mountains further south. Larch are among the dominant plants in the immense boreal forests of Russia and Canada .
Although a conifer, the Larch is also a deciduous tree and loses its leaves in the fall. The name Tamarack is the Algonquian Native American name for the species. 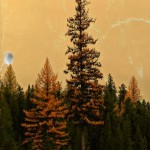 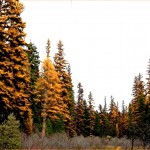 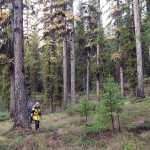 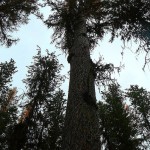 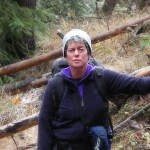 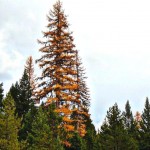 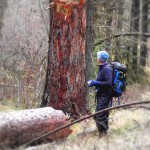 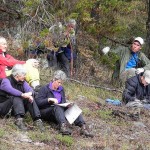 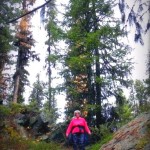 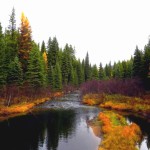 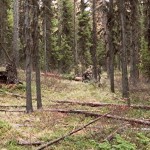 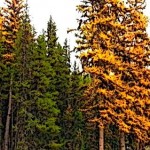 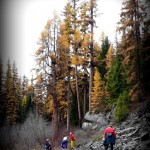 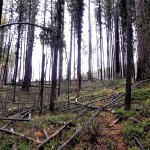 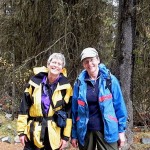 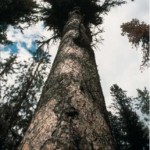 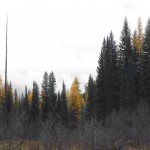