Studies, designs and plans for the conservation on northern Garry oak ecosystems 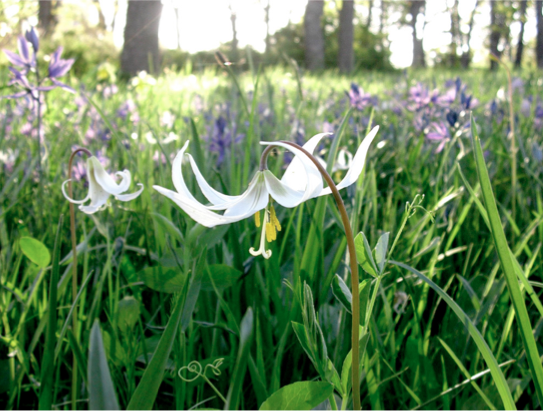 Much of my work as an environmental planner and designer has involved conservation and recovery of sensitive ecosystems and an underlying exploration of the relevance of the field of landscape ecology. The group of ecological communities and landscapes with which I have worked for the longest period, going back to my childhood and the land on which I grew up, are northern Garry oak, Quercus garryana, ecosystems in south-western British Columbia. Ecosystems with significant presence of Garry oak are typically shaped by summer drought and relatively mild temperatures and extend from the northern edge of the Los Angeles Basin to Savary Island at the northern end of the Straight of Georgia. In much of the southern half of its range, south of north-western California, Garry oak grow more as a shrub in fire-dependent, chaparral ecosystems, often with related oak

species. Similarly, the northern half of the range of Garry oak, where it is the only naturally occurring Quercus species, is often described as part of fire-dependent or fire- resilient ecosystems. And the label Garry oak ecosystems are often used for the deciduous savannah and woodland portion of the gradient between Douglas fir forest and parkland and grassland bluffs and balds. Occurring in Olympia and northward, northern Garry oak ecosystems are those that have been shaped by the end of the last Ice Age, the creation of island ecosystems, and the subsequent Hypsithermal period of temperatures that were higher than today’s climate. For at least as far back as the Hypsithermal, of five millennia ago, there has been wildfire compounded by burning by human beings. And virtually all of today’s northern Garry oak ecosystems in British Columbia saw Salish burning, combined with intensive digging and harvesting, as recently as the late nineteenth century and sometimes later.