Physical: The reserve consists of a series of rocky outcrops and bluffs that have been cut through by the Canadian National Railway line which separates the upper part of the stand from the more open lower portion. The lower portion is again divided into a northwestern and a southeastern part by an indentation in the river’s shoreline (a sandy beach at low water) that extends to the base of a steep talus slope below the railway.

Soils range from shallow on more open bluffs to deep and stony on sites between the outcrops and on some benched sites.

Biological: The most significant feature is the disjunctive occurrence of Garry oaks, some 160 km from their main distribution along the coast. Set within a conifer forest, this is a heterogeneous, mixed Garry oak stand with younger Douglas-fir on all but the most shallow, rocky soils. Also significant are the associated vascular plants and bryophytes that are characteristic of both coastal Garry oak and, to a lesser degree, drier interior ecosystems. Many of these species also show wide disjunctions from their closest populations. Plants with coastal affinities include, among vascular plants, Hooker’s onion, long-stoloned sedge, and licorice fern, and among bryophytes (Dendroalsia abietina), (Zygodon viridissimus), (Anacolia menziesii), (Homalothecium nuttallii), (Antitrichia californica) and (Orthotrichum lyellii). In contrast, vascular plants with interior affinities include such species as water birch, choke cherry, bluebunch wheatgrass, brown-eyed Susan, rough-stemmed fleabane and western polypody.

Cultural: There is evidence of precontact First Nations’ occupation within the reserve area; a cache pit, mound and unidentified cultural depression have been documented. 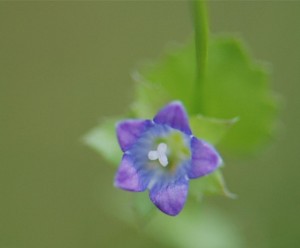