See the full PDF, including a map at: whipsaw_crk_er_ps

The Ecological Reserve encompasses both north- and south-facing slopes. There are variations in aspect and soil texture which result in plant communities ranging from open grassland to fairly dense forest. The grasslands are dominated by big basin sagebrush and Sandberg’s bluegrass. Other flora include sagebrush buttercup, western spring beauty and arrow-leaved balsam-root. The upper south-facing slope supports stands of ponderosa pine and Douglas-fir with big sage and bluebunch wheatgrass. The crest of the ridge supports vegetation transitional between the south and north slopes such as ponderosa pine and pinegrass. On the north slope of the ridge, the forest is made up almost entirely of Douglas fir and pinegrass. Ungulates found in the Ecological Reserve include elk and mule deer. Mountain blue birds, Townsend’s solitaire, Williamson’s sapsuckers (red-listed) and blue grouse are a few of the bird species found here. It contains fern fossils and has the potential to support white western groundsel (Senecio integerrimus var. ochroleucus).

Research has been carried out over the years by The University of British Columbia, including climate and the effects of substrate quality on the nitrogen dynamics of forest floors.

The Ecological Reserve was created for the purpose of maintaining a representative stand of ponderosa pine and Douglas-fir in the dry subzone of the Interior Douglas-fir biogeoclimatic zone (IDF).

Representation Ecosection:Hozameen Range (HOR)- contributes only 0.03% to the protected areas system representation of this ecosection. 20.58% of the total ecosection area within the province 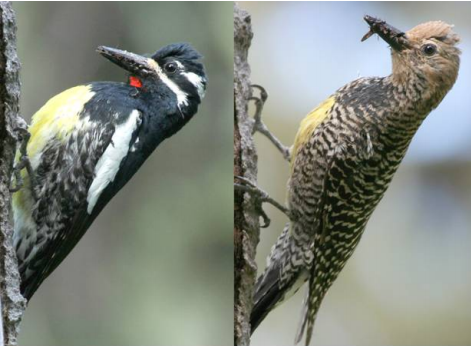 See : the Recovery Plan for the Williamson’s Sapsucker
(Sphyrapicus thyroideus) on Crown Lands  in British Columbia