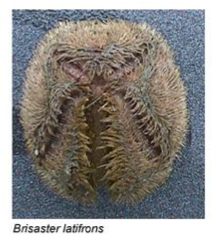 SATELLITE CHANNEL ECOLOGICAL RESERVE
Purpose Statement:
Ecological reserves are areas selected to preserve representative and special natural ecosystems, plant and animal species, features and phenomena. The key goal of ecological reserves is to contribute to the maintenance of biological diversity and the protection of genetic materials. All consumptive resource uses and the use of motorized vehicles are prohibited. Research and educational activities may be carried out but only under permit.
Primary Role
The primary role of Satellite Channel Ecological Reserve is to conserve rich benthic
communities typical of fine-grained, level-bottom environments in the southern Gulf of Georgia. This 343-hectare ecological reserve is located 200 metres south of Saltspring Island and 200 metres north of Saanich Peninsula. It is the only wholly subtidal marine protected area in British Columbia as it consists only of seafloor habitat. Established in 1975, it was designated to research the effectiveness of protected marine areas as a model for future marine conservation areas. The benthic infauna is diverse in species and high in biomass, with at least 67 species present, of whichbivalve and gastropod molluscs, errant and sedentary polychaetes, amphipods and echinoderms are particularly diverse. Nine species have been found to be ecologically significant, and studies over time have shown the benthic communities to be stable. The ecological reserve is also important for migrating marine animals that move through the channel such as octopus, dogfish, salmon, lingcod, wolf eels, killer whales, harbour porpoise and harbour seal.

See the full PDF of BC PARKS : satellite_ps