The objective of the ecological reserve program in British Columbia is the conservation of representative and special natural ecosystems, plants and animal species, features and phenomena. Ecological reserves contribute to the maintenance of biological diversity and the protection of genetic materials. They also offer opportunities for scientific research and educational activities. In most ecological reserves, non-consumptive low-intensity uses such as nature appreciation, wildlife viewing, bird watching and photography are allowed.

A fire management plan from 1997 indicates that all fires in the ecological reserve will receive initial attack.

Environmental Stewardship Division will continue to consult with all interested First Nations and other stakeholders regarding management of this ecological reserve. This ecological reserve is considered of low priority for the development of a management plan with full public involvement. This management direction statement will be reviewed and revised, if necessary, in five to seven years.

• Due to the sensitive nature of the ecological reserve, human use activities, except for research and limited education, should be discouraged. There are no opportunities for commercial use. 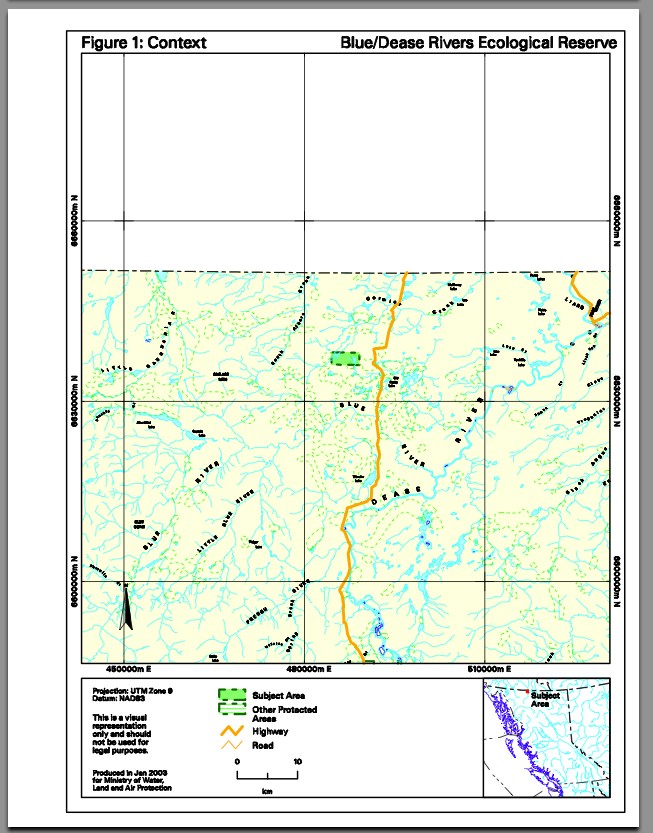 Access to Blue/Dease Rivers Ecological Reserve is via a 2.5 kilometre long dirt road from Highway 37, 12.5 kilometres south of the Yukon border. This road is not maintained and may be unsuitable for two wheel drive vehicles, especially during wet periods. The Ministry of Forests constructed this road in 1961 to provide access the Ace One fire lookout.

• No active tenures, alienations or encumbrances exist in the ecological reserve. Adjacent Patterns of Land Use

• The adjacent lands are mostly used for hunting, trapping and recreational activities; little industrial land use occurs in the area. 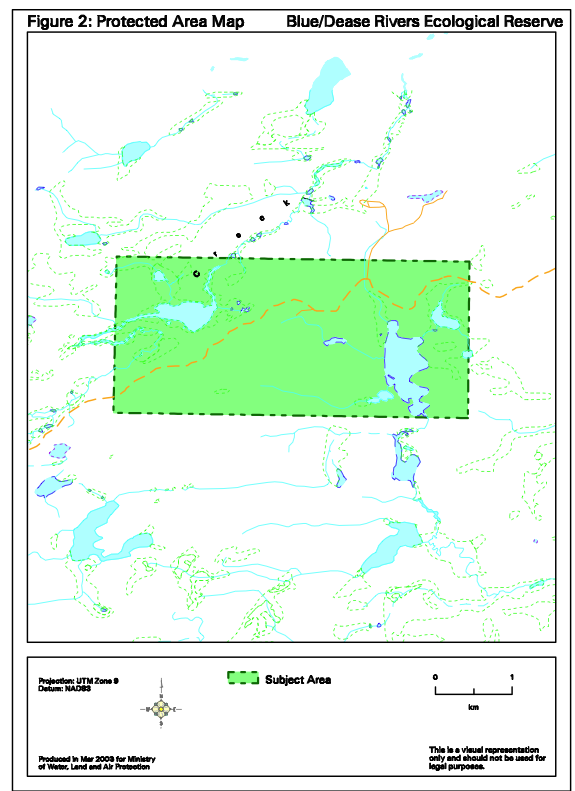