Introduction Purpose for the MDS

The purpose of this management direction statement (MDS) is to provide management direction for the Liumchen Ecological Reserve. As an important component of the overall protected area system of the Lower Mainland (Figure 1), the upper Liumchen Creek drainage was established as an ecological reserve as a result of the Government acceptance of the 1996 recommendations of the Lower Mainland Protected Areas Region Public Advisory Committee. While several management objectives and strategies are identified within this MDS, the completion and realization of these strategies are subject to funding and implementation procedures. All initiatives associated with these strategies are subject to BC Parks’ Impact Assessment Policy.

See the complete report with two maps  in this PDF:liumchen-1 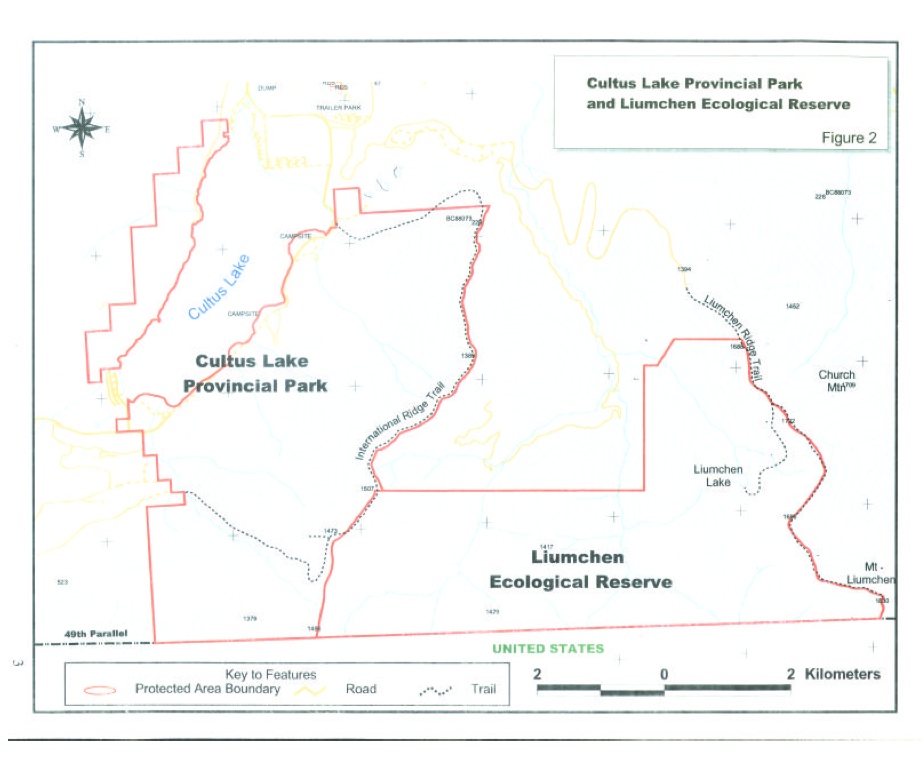 Liumchen Ecological Reserve was chosen to be included in the protected areas system because it satisfied the two goals of the Protected Areas Strategy (PAS). Firstly, the reserve protects mid to upper elevation, representative examples of natural diversity in the province and characteristic habitats, hydrology and landforms of the provincially small North West Cascades (NWC) Ecosection. Secondly, Liumchen Ecological Reserve protects special natural features including rare and endangered species, critical habitats, and unique botanical and geological features. In addition, and secondary, the reserve contains minor recreation values in the form of the backcountry trails leading to Liumchen Lake, Mt. Liumchen and Church Mountain. The International Ridge Trail enters and leaves the reserve at its far western boundary with Cultus Lake Provincial Park.

Located 9 km southeast of Chilliwack (Figure 2), Liumchen Ecological Reserve is a small 2,300 hectare reserve that contains old-growth Subalpine fir stands in mid and higher elevations. There is access to subalpine meadows with a trail winding through varied terrain to a small lake and spectacular views over the Fraser and Columbia valleys. This small reserve protects habitat for several endangered amphibian, plant and animal species.