Physical:
The reserve lies in a shallow valley on the Interior Plateau. Lands around its northern end are very flat, while low hills rising to 1310 m flank the southern portion. Narcosli Lake, about 325 ha in area and 5 km long, is very shallow and divided by a narrows into two basins of approximately equal size. It is the central feature of the reserve, surrounded by a buffer of upland or wetland about 300 m in width. The lake drains northward via a meandering, low-gradient stream into Coglistiko River, a tributary of the Blackwater.

Biological:
The shallow lake, particularly its northern basin, has extensive submerged communities dominated by pondweeds of the genus Potamogeton and by water smartweed. Emergent stands of bulrush are also present. Most of the lake perimeter has a marshy shoreline. By far the most extensive wetland communities occur around the north end of the lake and along its outlet stream. These are dominated by sedges, particularly beaked sedge.
Uplands around much of the lake were burned by a forest fire in 1945 and support dense stands of juvenile lodgepole pine with occasional veteran spruces which escaped burning. Some spruce regeneration is present in the burns. Mature forest is present along the west side of the northern basin and southwest edge of the south basin. This tends to be dominated by lodgepole pine with a lichen understory, or by a mixture of pine and spruce. Both Engelmann and white spruce are thought to be present, as well as occasional specimens of subalpine fir.

Moose forage on aquatic plants in the lake in summer, and the adjacent wetlands are rated as high capability moose winter range. The lake also has good capability for waterfowl production and for use by a variety of aquatic birds during migration, however, surveys to assess such use have not been carried out. Fish and aquatic invertebrates have not been inventoried.

Current research suggests that wetland habitats may be at high risk of irreversible ecosystem shifts due to their geographical restriction and the rapidly warming climate. Higher temperatures, lower water tables, changed precipitation and hydrology may alter the water levels and quality in the interior lake and wetland areas in this reserve. Such changes would directly alter the aquatic and terrestrial community composition, possibly resulting in the loss of suitable habitat for many of the associated species. Confounding factors such as changed migratory patterns, life- history patterns and the projected increase in duration of residence for migratory birds may put additional strain on the possibly degraded wetland ecosystems. 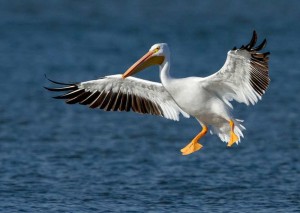