The reserve is on the steep, rugged, southeast slope of Mount Tuam, facing Satellite Channel. These slopes consist of a series of rounded knolls separated by draws. Exposed bedrock is present on the tops of some knolls and along the shoreline, and soils are generally thin. About 1 km of rocky shoreline is included along Satellite Channel. Freshwater features include a small stream, a pond and minor swamps. The regionally dry summer climate is accentuated by the reserve’s southern exposure and thin soils. 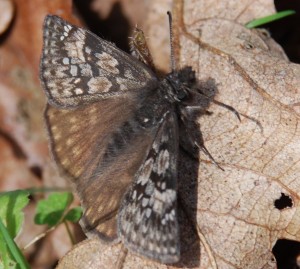 Second growth Douglas-fir forest, with inclusions of arbutus, red alder and bigleaf maple, covers most of the reserve, although some large veteran firs are present. Pure stands of arbutus, probably the best representation of this species in the ecological reserve system, are found on dry sites around upper elevation bedrock outcrops and near the shoreline. Mosses and grasses cover the rock outcrops. Alder and maple are generally restricted to a few moist draws.
About 160 species of higher plants have been identified to date in the reserve, of which 21 (13%) are rated as rare in the province. Most of these fall into the categories of least concern and while largely limited in distribution to dry sites within the dry subzone of the Coastal Douglas-fir Zone, they may be fairly common in such habitats. Of note in this group are five species of native clovers. Species in the categories of greatest rarity include small vulpia, Howell’s bluegrass, Howell’s triteleia and bicolored flaxflower.
A large variety of birds has been recorded, including Turkey Vulture, Bald Eagle, Blue Grouse, California Quail, Brown Creeper, Woodpeckers and Bewick’s Wren. Land mammals are limited to Black-ailed Deer, Red Squirrel, Wandering Shrew, Raccoon, Mink and Deermouse. One species of salamander, two of frogs and three of garter snakes are present. Insects belonging to 57 families have been collected and identified.