Original Purpose: To preserve an excellent stand of mature spruce-subalpine fir in the Boreal White and Black Spruce Zone.

Physical: The reserve is within the Stikine Ranges of north-western British Columbia. These mountains have a core of granitic rocks which intrude folded sedimentary and volcanic rocks. The reserve is on relatively steep north-facing slopes in the Dease river valley and contains rounded summits that are outliers of Chickens Neck Mountain. Mountains in this area are too low to have been sculpted by alpine glaciers. Slopes within the reserve have been little dissected by stream erosion, therefore the land surface, though strongly sloping, is fairly smooth. Climate at middle elevations should be similar to Cassiar (1075 m elevation), where mean daily January and July temperatures are -18oC and 11oC respectively and mean annual precipitation is 28 cm, 58% of which falls as snow. These figures are based on an unknown reference period and have probably changed significantly in recent years.

See the full text in the BC Parks PDF: chickens_overview
Biological:Four spruce-dominated forest communities have been identified in the Boreal White and Black Spruce Zone, on slopes below the 1100-1200 m elevation. Both white and black spruce and their hybrids are present. Subalpine fir is co- dominant or sub-dominant in two of those communities, one of which is characterized by bunchberry and mosses in the understory, the other by wood horsetail. Other spruce types have understories in which pale comandra and single delight are common or an understory dominated by shrubs such as alder, gooseberry, and highbush-cranberry.
Above the 1100-1200 m level, communities of the Spruce-Willow-Birch Zone are developed. Due to slope steepness they occupy a fairly narrow elevational zone. Small areas of alpine vegetation occur on rounded summits in the southern part of the reserve, above about the 1420 m level. The vegetation of these upper elevation zones has not been investigated in the field.
The fauna has not been surveyed. Birds noted here include the Raven, American Kestrel, and Merlin. Upper elevation habitats appear to be excellent for Grizzly Bears, Caribou, Wolverine, and Ptarmigan.

Threats, Climate Change :Scientific models suggest that as the climate changes, more of the precipitation in areas such as this reserve will fall as rain rather than snow. The decrease in snowfall may alter the hydrology within the reserve, affecting the biological community and possibly the structure of the steep slopes. Changes to forest composition may also result from changes in climate if the boreal timberline encroaches upon subalpine and alpine habitats.
Research Opportunities: Provides opportunities to conduct research of climax forest dynamics in the Boreal White and Black Spruce biogeoclimatic zone and provides educational opportunities into the successional patterns of boreal spruce forests. 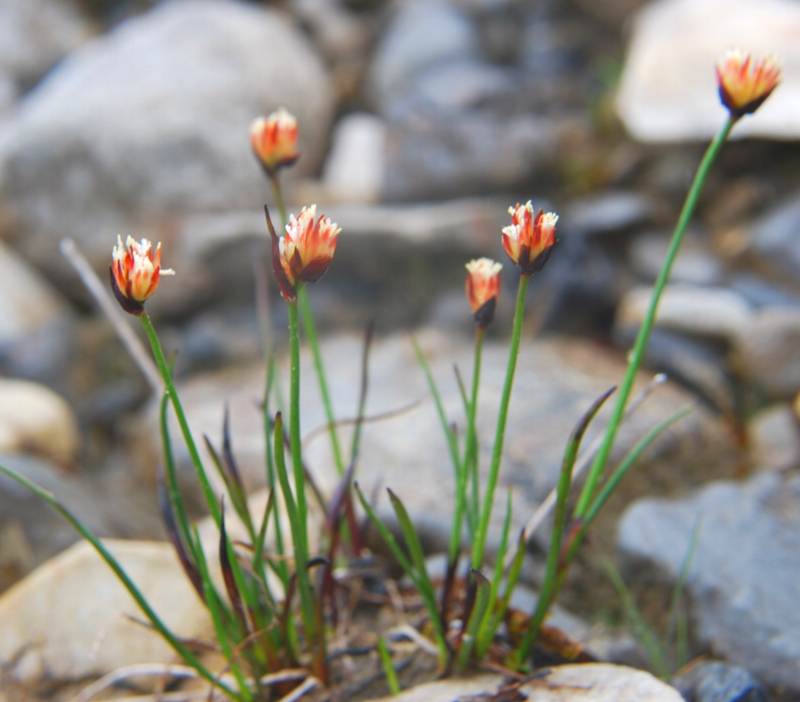