The reserve is situated on gently sloping terrain just north of the summit of Mount Sabine, which marks the southern extremity of the Stanford Range. It has a slight slope to the northwest. Local soils, developed on morainal material which has a limestone component, are believed to be Brunisols. Climate is somewhat cooler and moister in the reserve than on the floor of the adjacent Rocky Mountain Trench 600 m below.

This is extracted from the Original Purpose Statement File
of BC Parks:  PDF:sabine(2)

Forests here typically consist of a mixture of western larch, Douglas-fir, Engelmann spruce and lodgepole pine in roughly equal proportions. Subalpine fir may be co-dominant in some areas, and paper birch is also present. The tallest trees are western larch, up to about 25 m tall and perhaps 120 years in age. 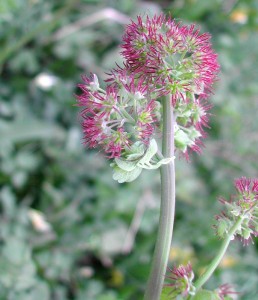