This Management Plan was produced by BC Parks in 1996

As outlined in the Ecological Reserve Act of 1971, ecological reserves are set aside for the following purposes:

• Unsuccessful applications for two reserves in 1969/70, one to cover Lac DuBois (ERP 38, water only), and one to cover four areas of grassland at different elevations (ERP 56), the latter with a total of 453 hectares. Re-applied in 1971 with amended boundaries and total of 518 ha. LRMP involvement in 1978/9, followed by new application for much reduced area (ERP 321; 35ha); established by o.i.c. #1099 in 1982. Large Lac Du Bois Protected Area declared in 1995. The NE end of this area now surrounds the reserve and forms a buffer. 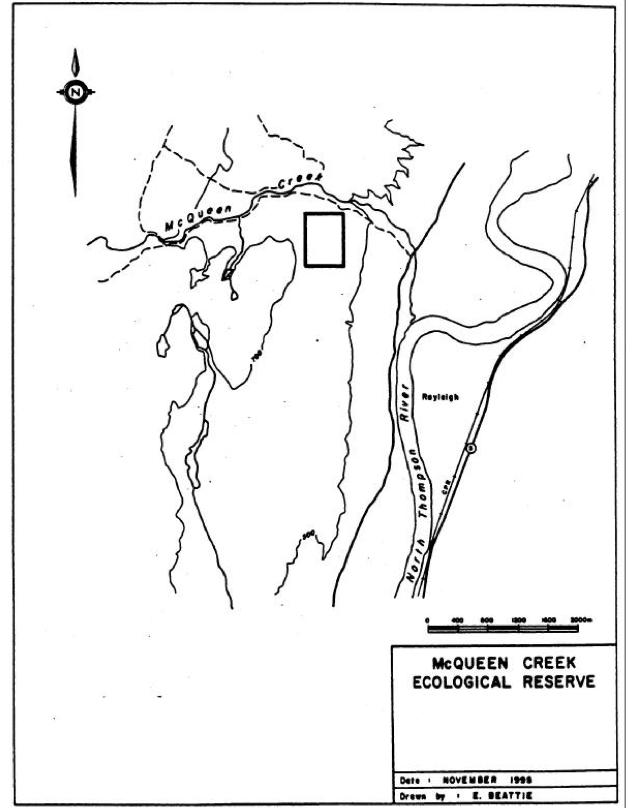 Research and Educational Use

Objective: Continue to exclude cattle and motorcycles by maintaining fences.

Objective: This area will serve for research and educational purposes as one of several benchmarks located at different climatic/elevational levels within the new Lac Du Bois Park. 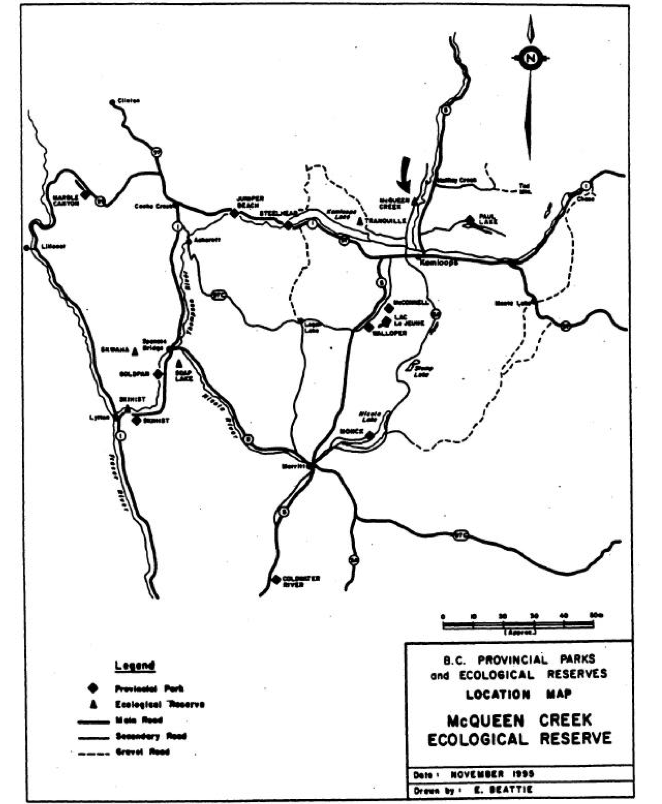