Wayne Campbell proposed these reserves  and gave reasons about the uniqueness of the Bird Colonies. 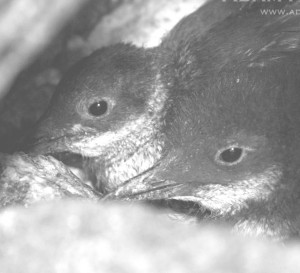 Thirteen species of true seabirds nest in BC. These include two storm petrels, three cormorants a gull and seven auks. The total breeding population estimation is 550,000 pairs. This is an Ecological Reserve  proposal for  three sets of islands:

Photo of Pigeon Guillemot chicks in nest by Adam Harding