Full sun and no breeze meant a very hot day; wading the small cross channels
within the islands was cooling and refreshing, although very silty. The late
spring/early summer Fraser River freshet has deposited considerable (appears to be
more than in previous years) sand, silt and clay in many locations, both along what
had been gravel channels between islands, as well as a layer of fine sediments on
the treed islands themselves. During freshet the islands and the height of the
freshet is ‘marked’ on the trees by sediments left on their trunks, plus deposits of
river debris clinging to shrub and branch stems. We wonder whether the
appearance of increased amounts of sediments is due to the further washing
downriver from last November’s atmospheric river floods and erosion upriver.
We walked around the islands, first upriver across the large accreting
gravel/sand/silt/clay bar on the northern side to the upriver tip, then downriver
between the upper islands, bushwhacked to the large-circular inner pool, then
across to the south-facing shore, to the downriver tip and back up along the north
facing shore. The large flocks of wintering ducks have not yet returned, but we
were surprised by the large flocks of Cackling Geese that flew over late in
afternoon; the flock calls were distinctive, not like Canada Geese. With leaves still
on the deciduous trees, it was easy to spot the several large Pacific Willow trees
which stood out with their long, slender, dark-green leaves amongst surrounding
cottonwood and alder trees.
Two of the largest inner swales have gained deposits over a metre deep of sand-
silt-clay. However, the wide channel between the upper islands appears to have
eroded deeper, likely from more river current flowing through it. Now, at this low
river flow, it has a large linear-shaped pool of water. The gravel-sand bar continues
to expand off the southwestern island facing towards the main southern channel of
the Fraser and Chilliwack Mountain. Clearly this Ecological Reserve needs its ‘fixed’
boundary relocated to the centre of the two deep Fraser River channels that
surround these islands. This would allow for the ongoing accretion and erosion
processes of these ‘moving’ islands to take place within the ER boundary.
Visible signs of human activity were minimal:
 in a couple of locations parallel lines in the silt-gravel bars indicated
helicopters had been landing,

 there were three old campfires facing the main south channel where people
(likely fishing) had spent time; plus one boating group arrived late afternoon,
at a distance from us and appeared to be setting up camp,
 fixed winged aircraft landing was limited to a small portion of the upper
northwestern/central accreting portion of the islands where there still
remains a gravel bar; there is only a small area where landing is safe as
most of the islands’ open bars at low water are now covered with sand-clay-
silt, which does not provide a good landing surface for fixed-winged, wheeled
aircraft.
We noticed one spent shot gun shell, which was labelled ‘steel’, so although hunting
should not be taking place, it was at least good to see that it was not lead shot.
Likely due to the dryness and heat of the late September day, we saw insect
species not previously recorded, including two grasshopper, four dragonfly and
three damselfly species.

Wildlife Sightings
Mammals
o Beaver continue to inhabit the islands. It looked like during freshet their
lodge/house on the burrowing owl sand dune had been repaired and used;
while during low water (and this visit) their bank house on the northern
shore near the downriver tip of the islands was active.
o Deer tracks, extensive and in a variety of sizes
o Coyote tracks, extensive
o Black bear tracks seen in three locations, likely from bears that occasionally
swim across the river channels
o Deer Mouse found dead on a sand-gravel bar
o Seal swimming in the Fraser channel between Nicomen Island and Fraser
River (we’ve previously seen seals swimming upriver as far as the confluence
of the Harrison with the Fraser)
Amphibians and Reptiles
One small tree frog (Pacific Tree Frog, Pseudacris regilla)
One Valley Gartersnake (Thamnophis sirtalis fitchi)
Fish
Salmon jumping in Fraser River (about ten were seen). This is not an odd-
numbered year, so no carcasses on islands of spawning pink salmon
Salmonid fry swimming as schools in shallow inner pools
Molluscs
Shells of Western River Pearl Mussel again were found (GPS WGS84 49.19040,
-122.02543). We still don’t know whether these shells float down the Fraser from a
location higher up, or from an inner pool on islands.

Insects
Cabbage White Butterfly (Pieris rapae)
Grasshoppers, two species (Red-legged Grasshopper Melanoplus femurrubrum and
Carolina Grasshopper Dissosteira carolina, identified on iNaturalist)
Dragonflies, four species of Meadowhawk Dragonflies (Sympetrum sp.)
Damselflies, three species of Pond Spreadwing Damselflies (Lestes sp.)
Birds
Birds have been entered on eBird at hotspot as follows:
https://ebird.org/canada/hotspot/L844938
o Cackling Goose 160 flew over in three flocks late afternoon within fifteen
minutes of each other; flocks of 16, then 84, then 60 flying in V-formation
and heading westwards, calls were distinctive; there may have been some
Canada Goose mixed in flocks, but at height the visual was not clear, only
calls (iNaturalist photo identified as Traverner’s Cackling Goose)
o Glacucous-winged Gull 16 – flying over as individuals plus flock of ten loafing
at upriver island tip
o Great Blue Heron 6 seen individually standing fishing along shoreline of
islands and one at the interior large circular pool surrounded by willows
o Turkey Vulture 1 soaring
o Osprey 3 two of these were flying together high and soaring, later one flew
over carrying a fish in its talons
o Bald Eagle 3 all adults; include one perched on Nicomen Island side, one
flying over and one perched then flew near Bald Eagle nest tree in large
cottonwoods on islands
o Peregrine Falcon 1 flew over, low
o Accipiter species 1 flew over
o American Crow 3
o Common Raven 1
o Northern Flicker 4 seen and heard as individuals
o Downy Woodpecker 1
o Black-capped Chickadee 7 seen in small groups of two and three
o Golden-crowed Kinglet 2
o American Robin 3
o Dark-eyed Junco 3
o Yellow-rumped Warbler 1 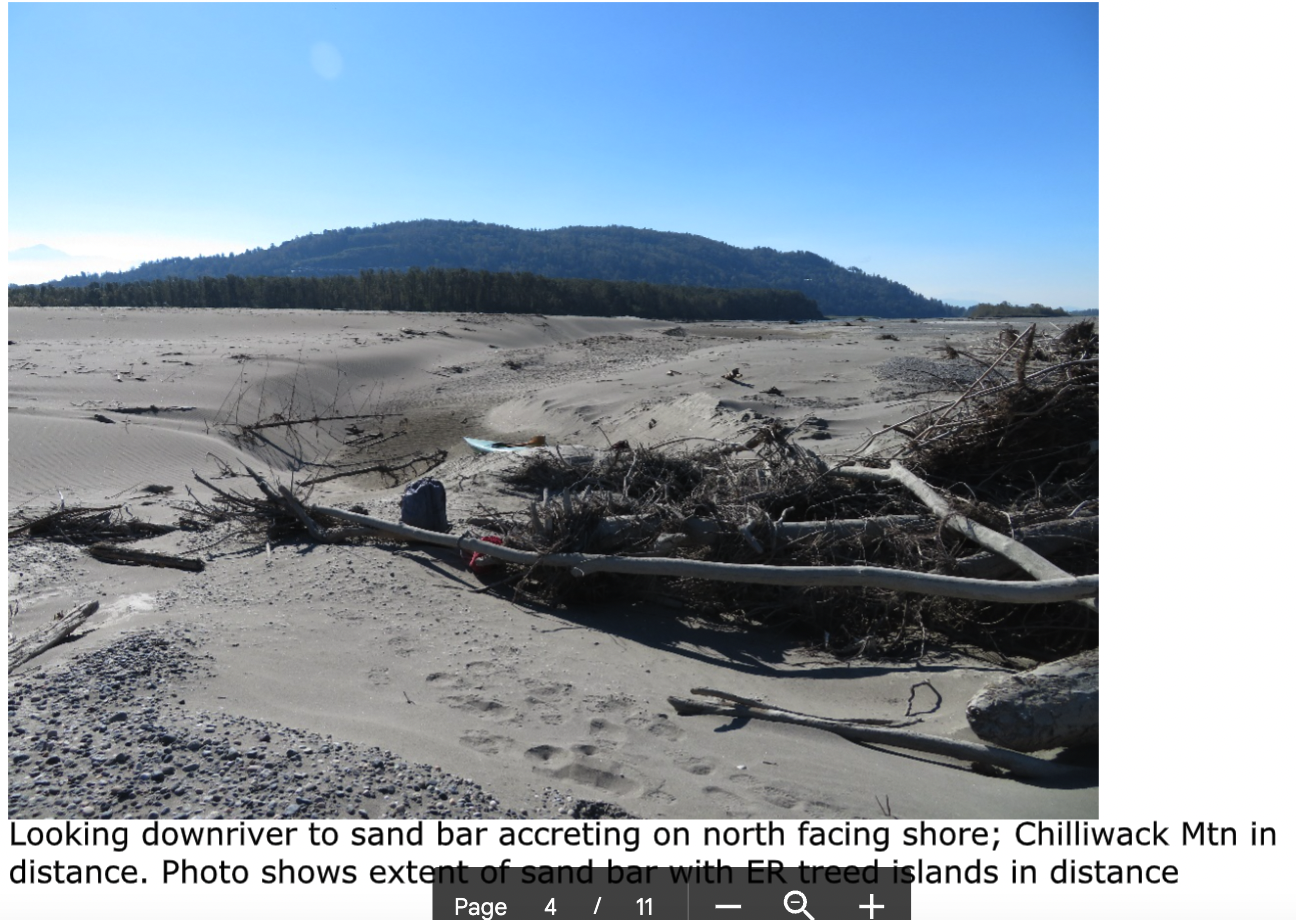 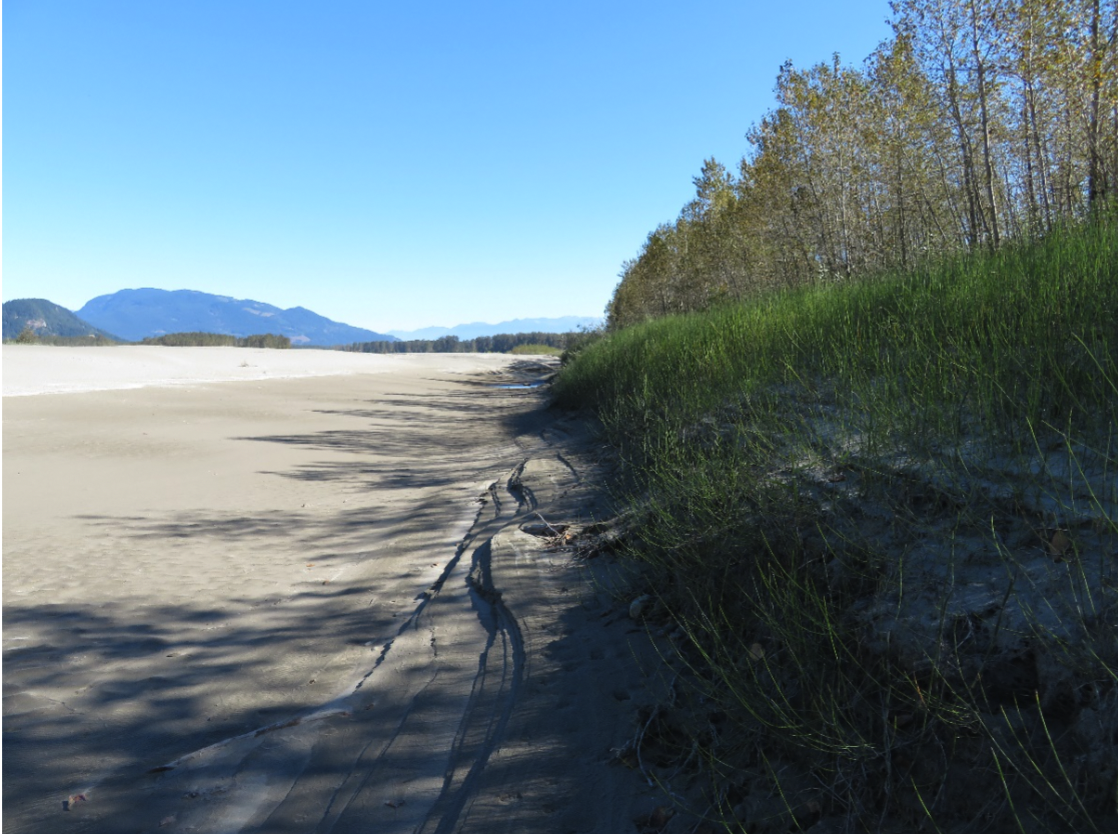 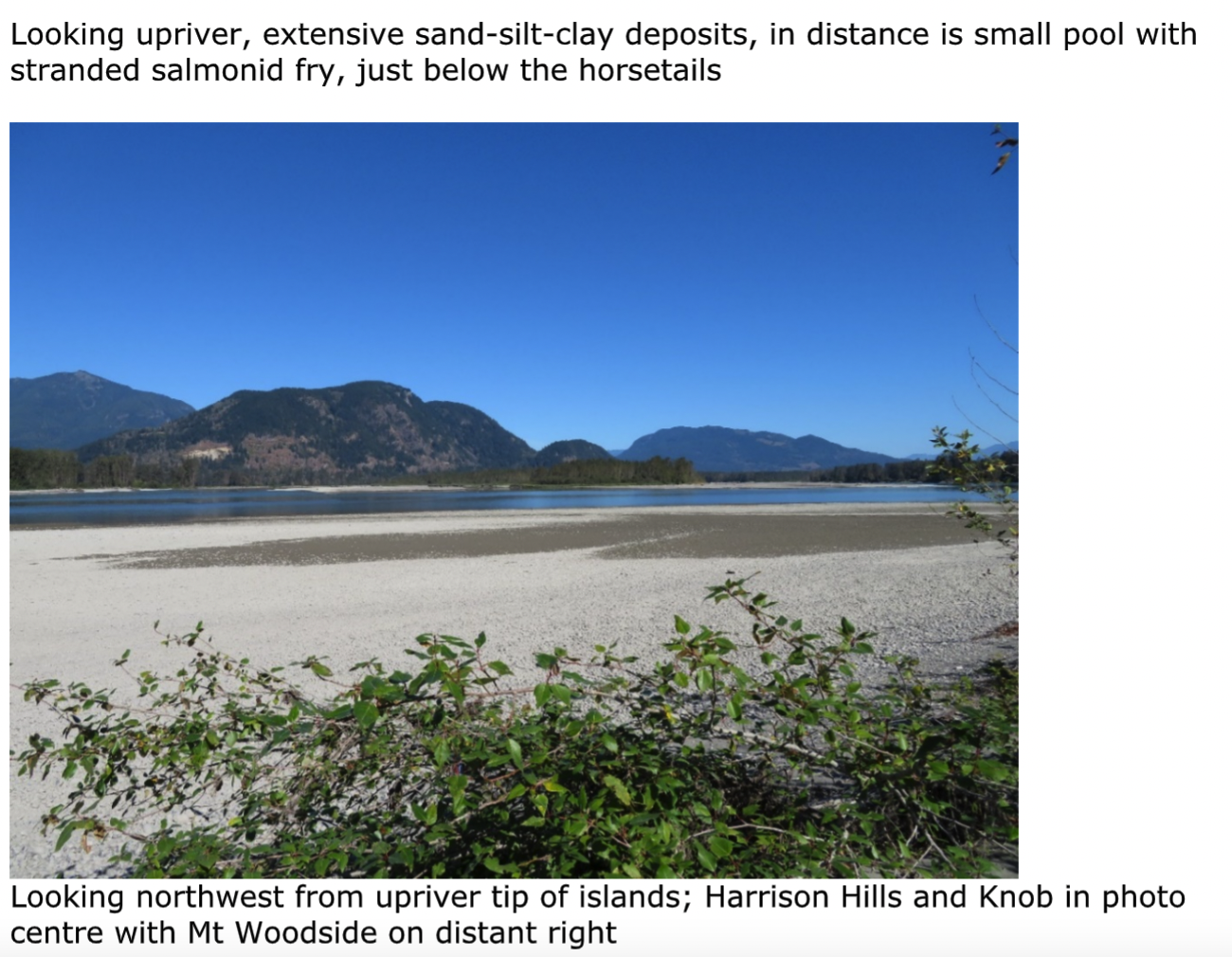 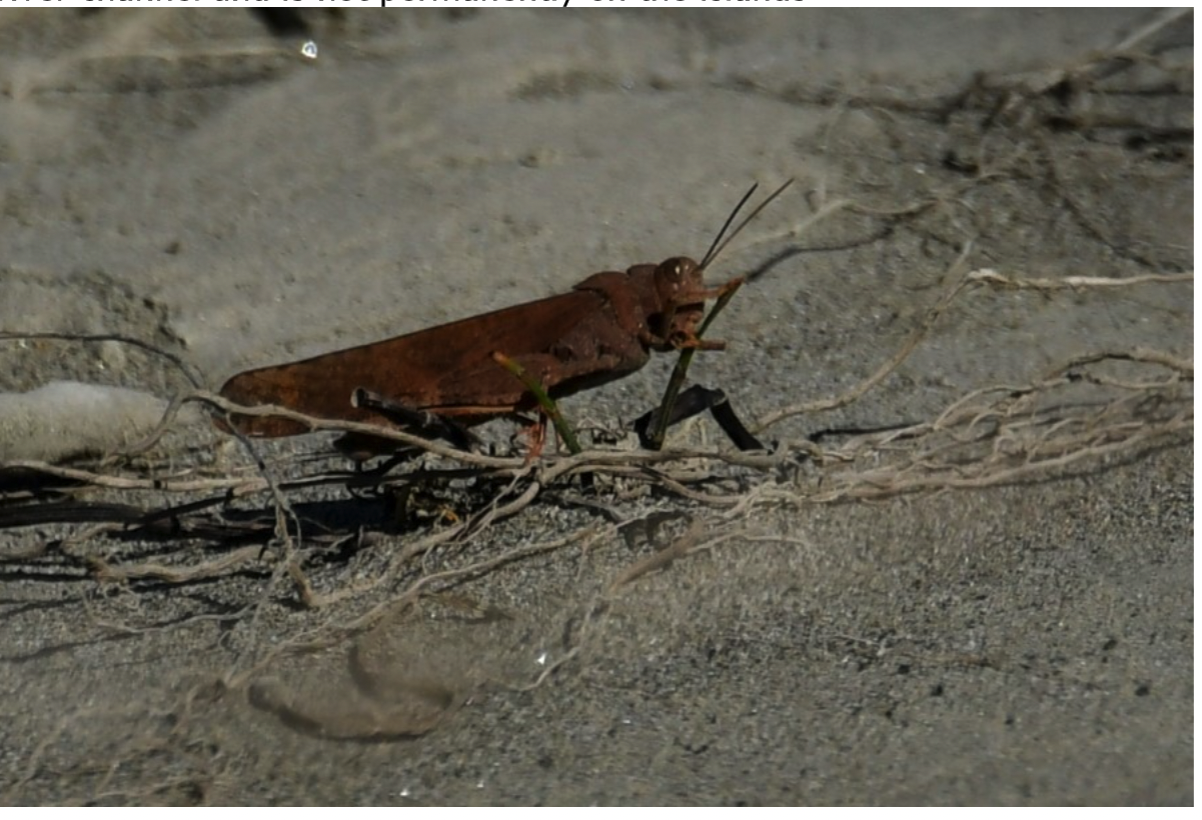 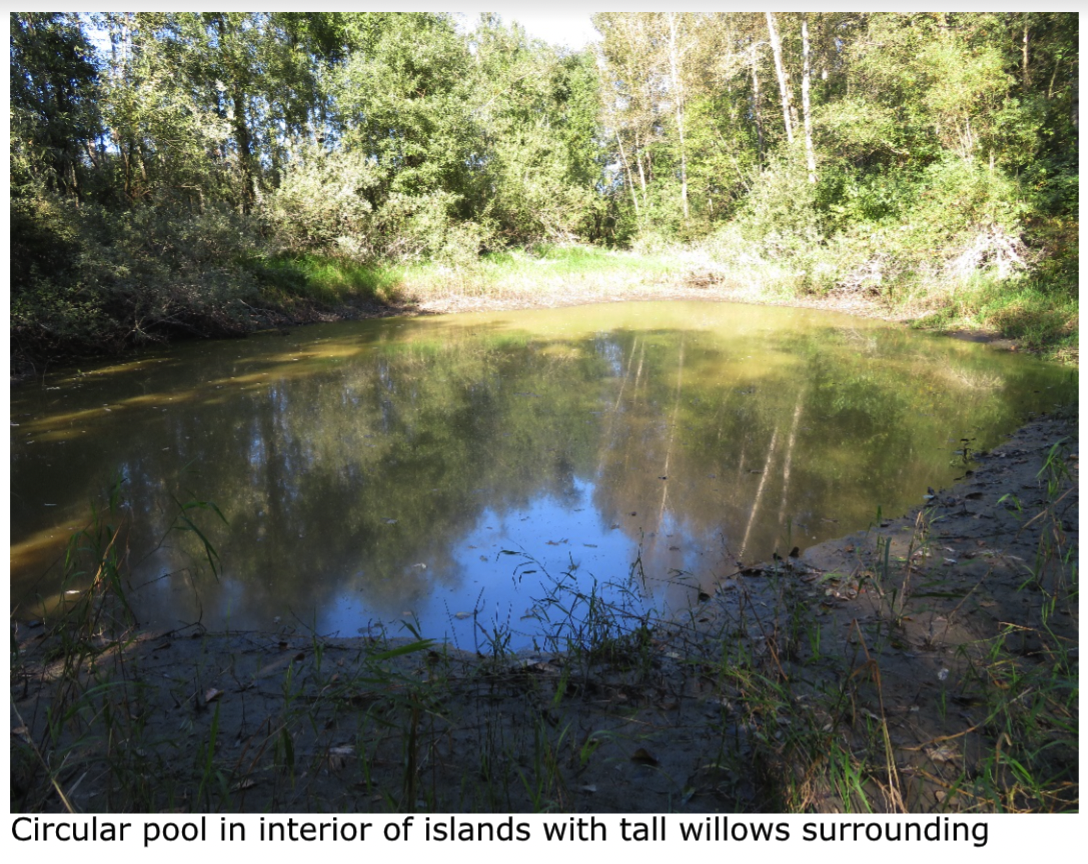 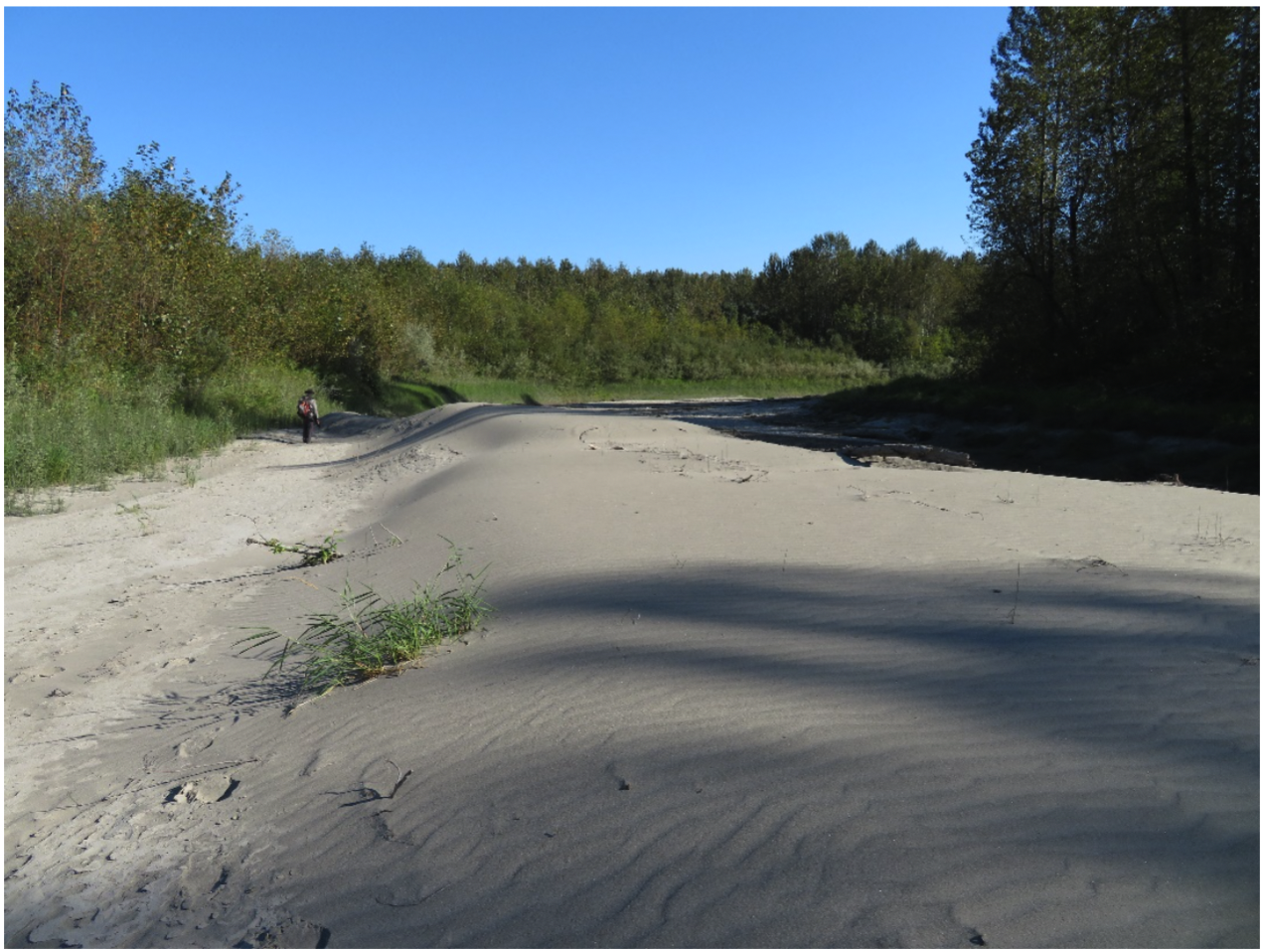 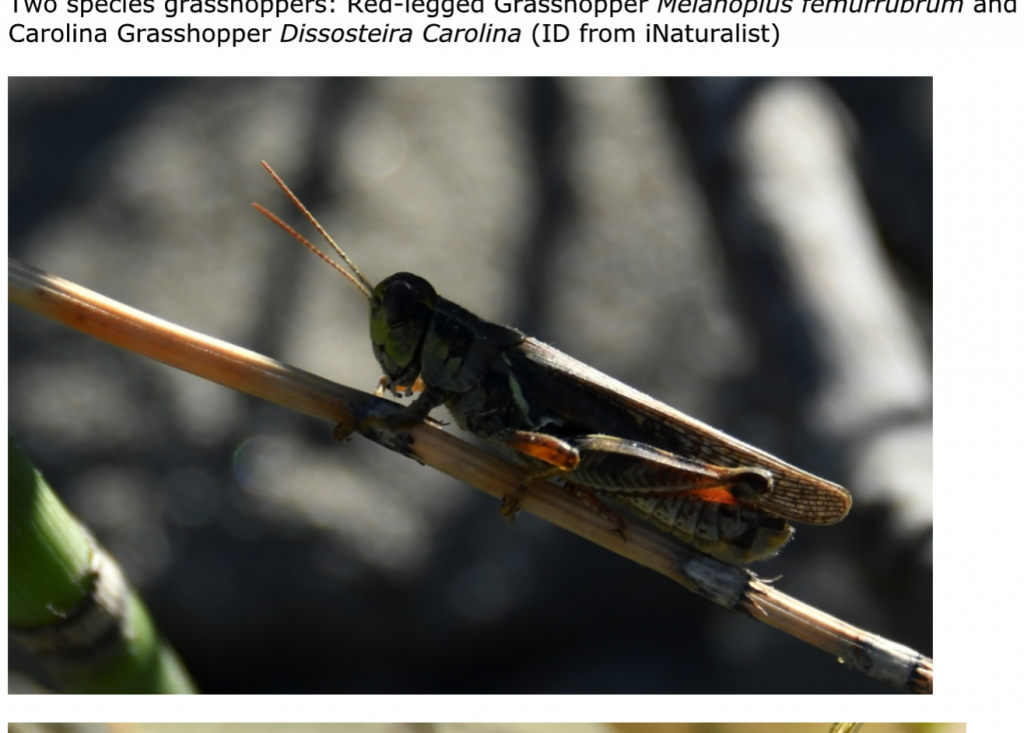 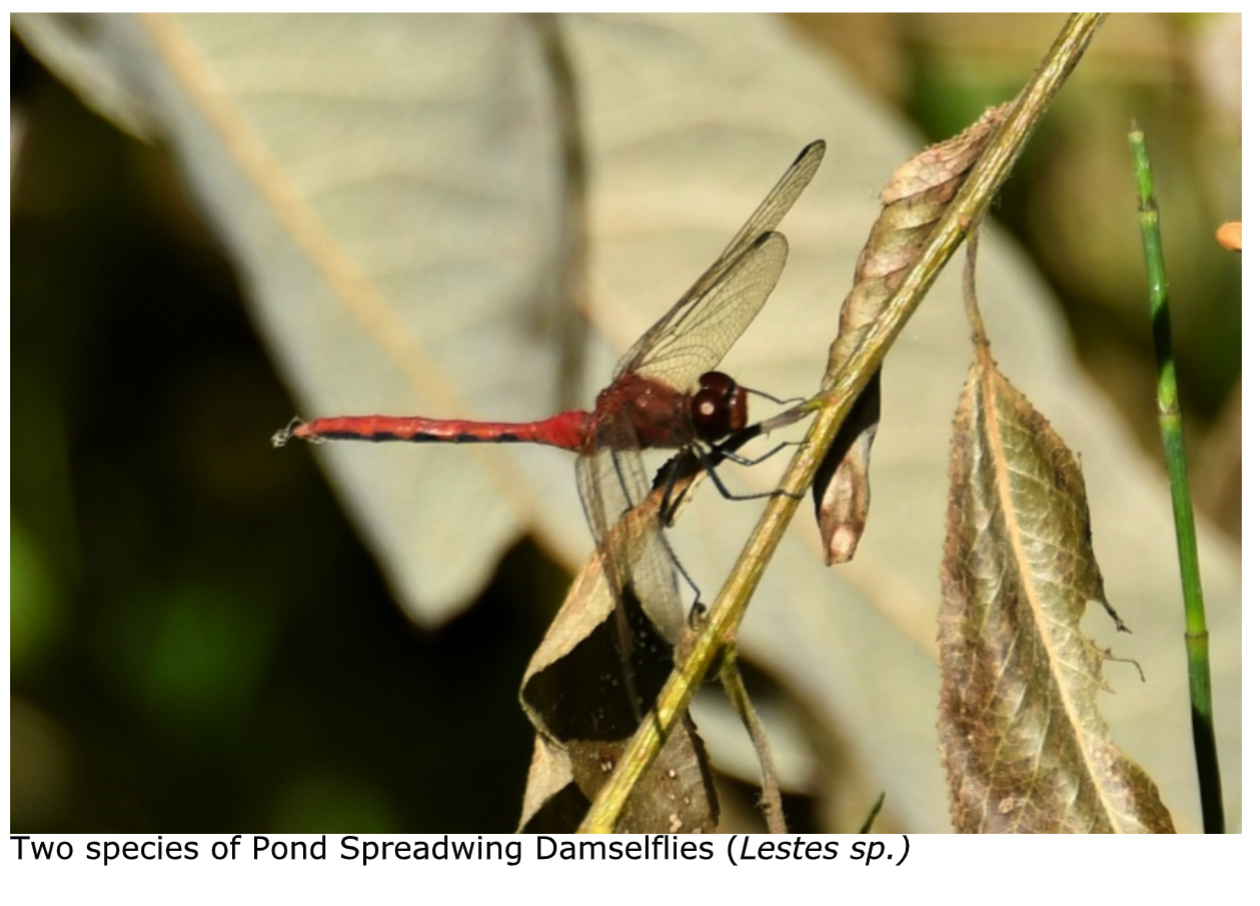 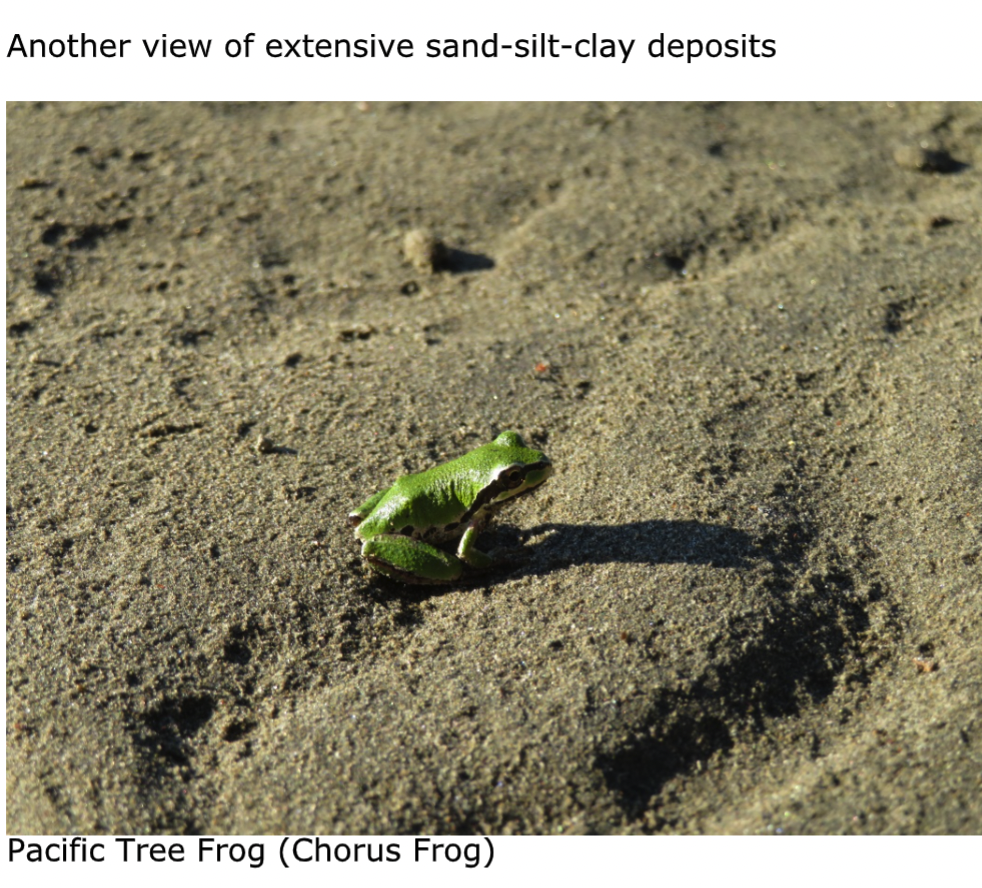 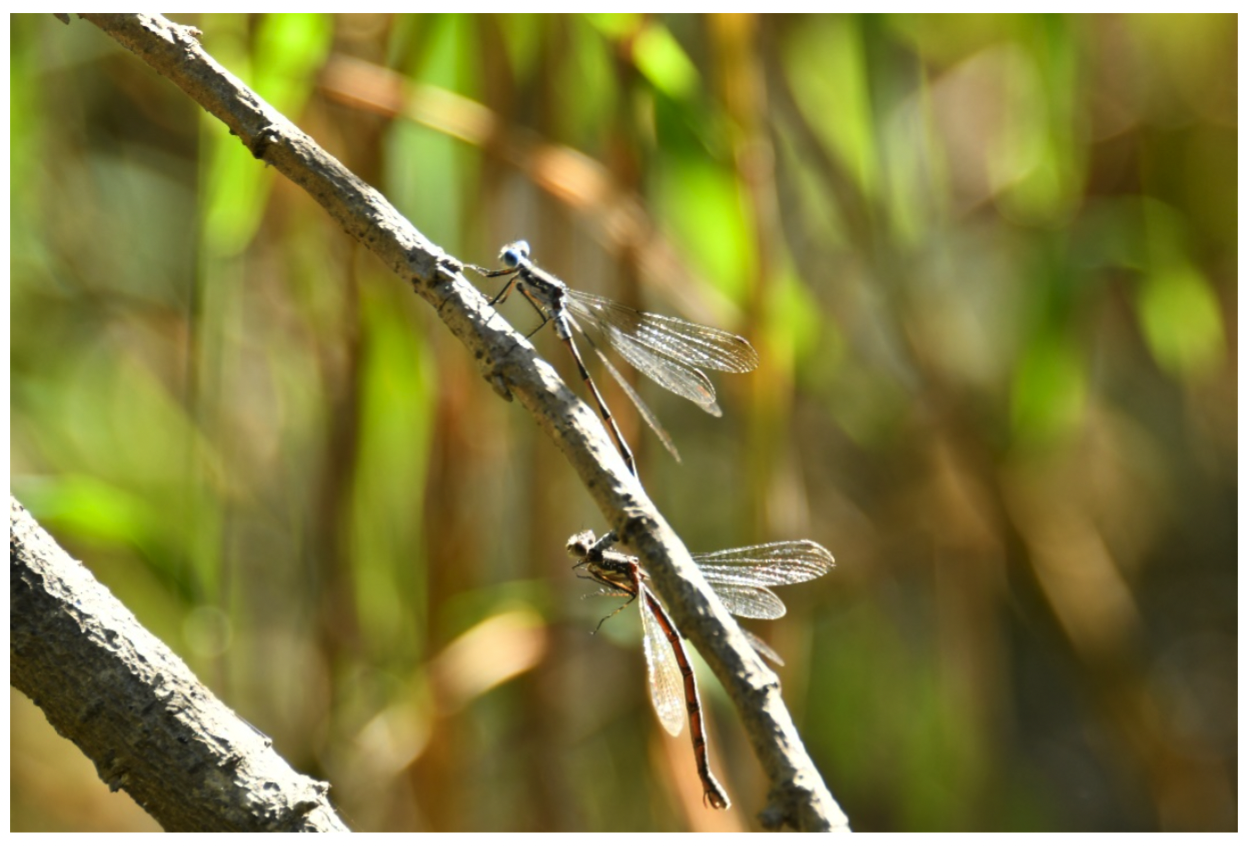 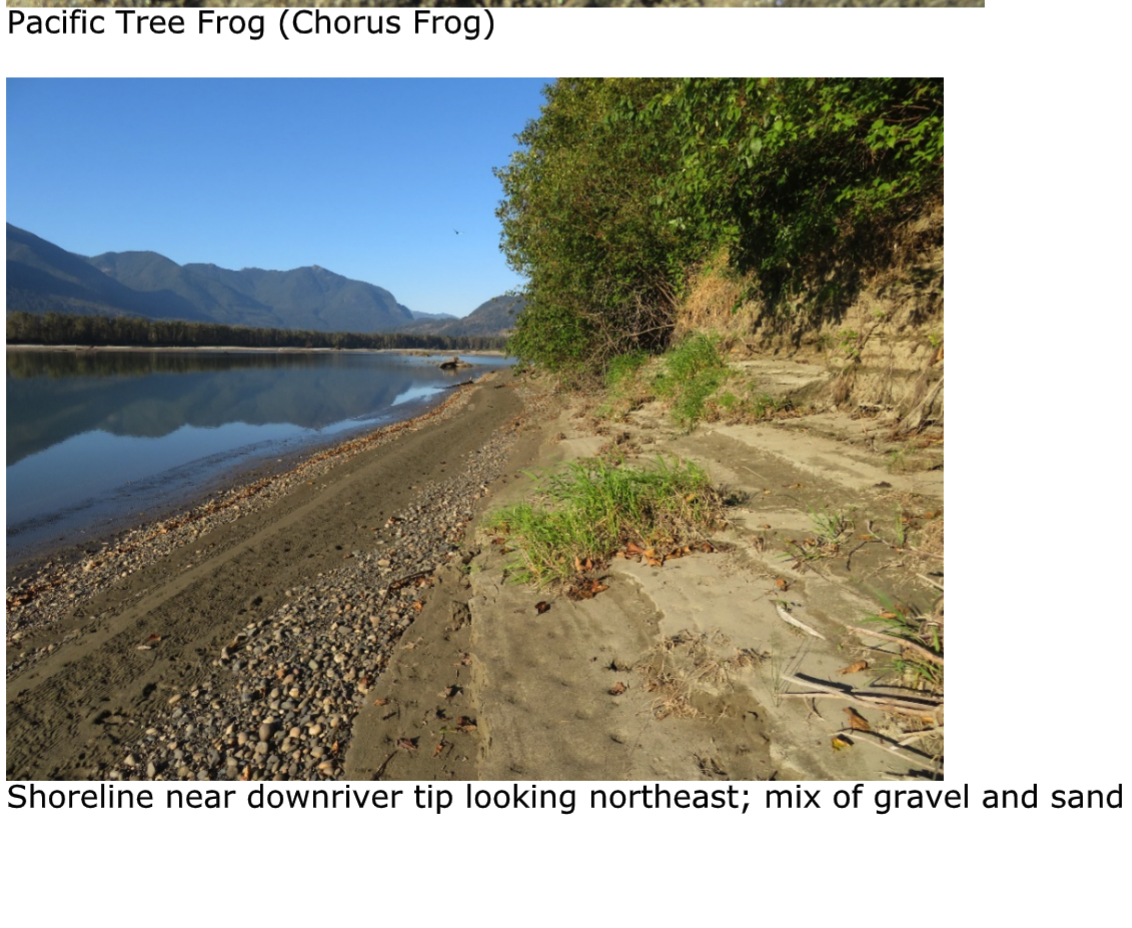 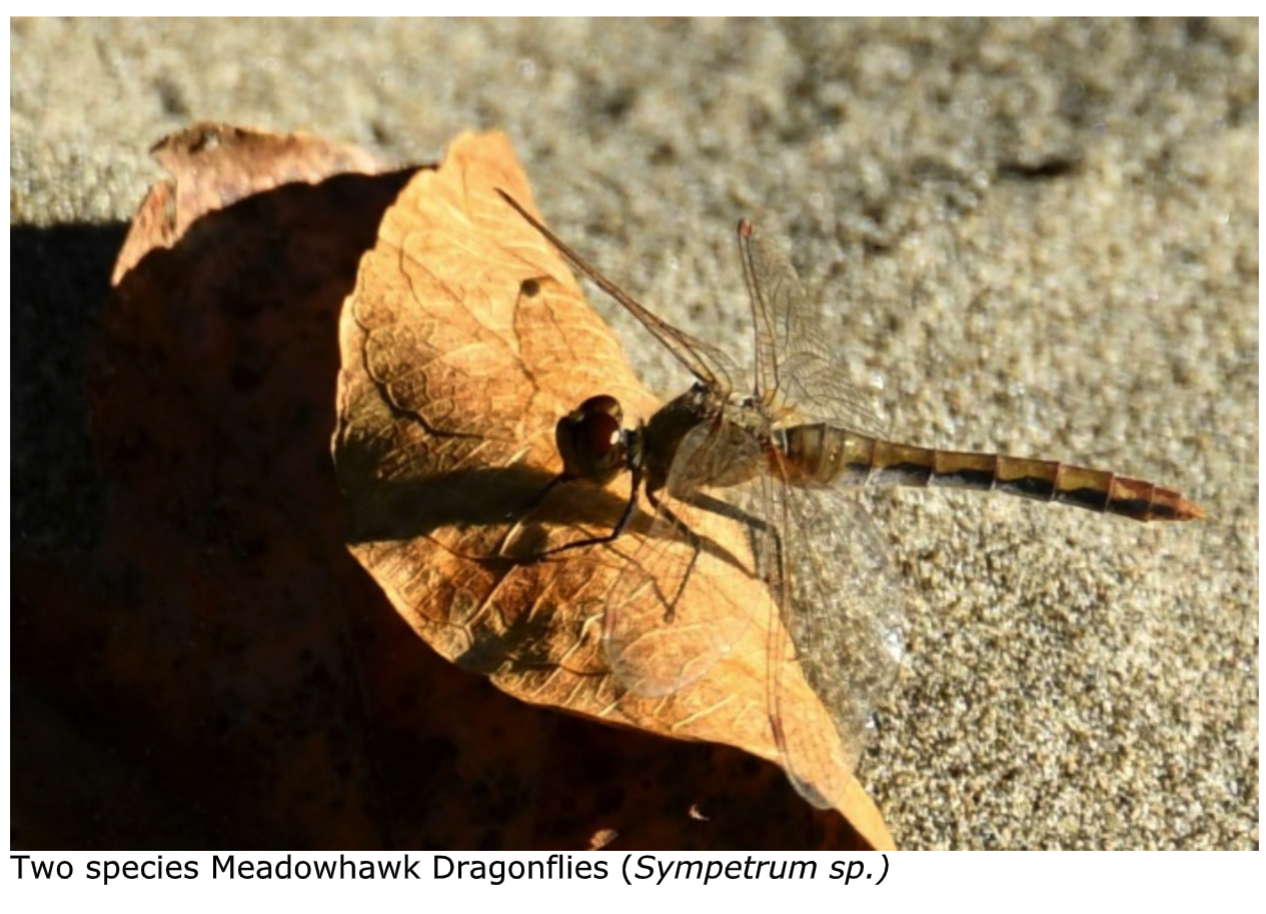 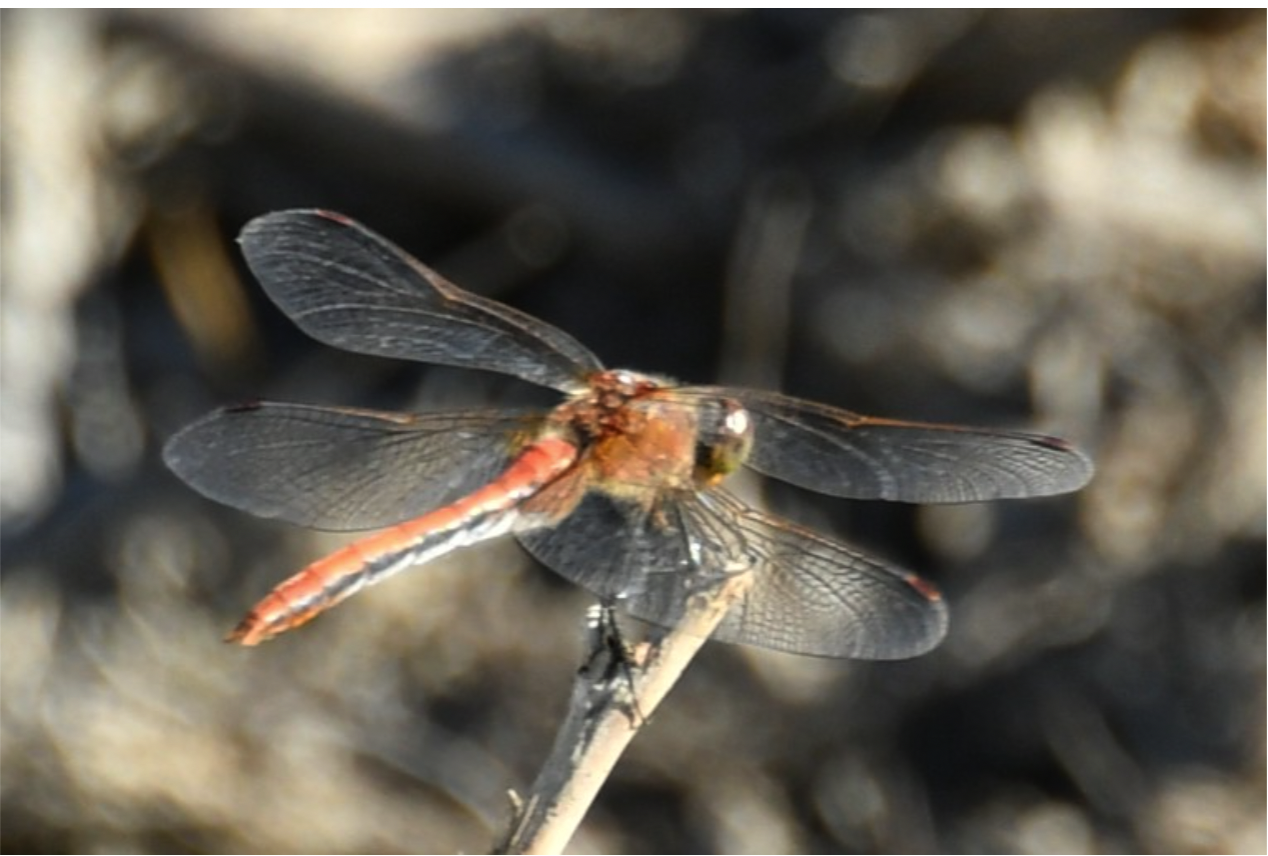